Common Hour - The Clue of the Five-Course Meal: Class, Consumption, and Epicurean Culture in Nancy Drew 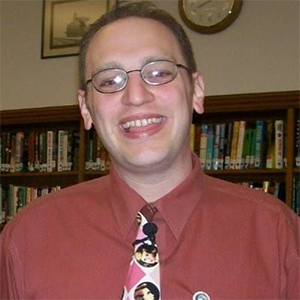 Famed detective Nancy Drew first appeared in print in 1930, right at the beginning of the Great Depression. Despite these seemingly humble roots, Nancy and her chums did not partake of humble meals—indeed, a Nancy Drew meal usually included multiple courses brought to the table by servers—and that’s a typical Wednesday evening! In fact, food culture is very important in Nancy Drew and in girls’ series books in general in the first decades of the twentieth century. This talk will highlight why these books emphasized the consumption of food as they did, explore intersections of class, gender, and food culture in these series, and highlight some of the more extravagant meals found in these texts.

Michael G. Cornelius received his Ph.D. from the University of Rhode Island. He is the author/editor of eighteen books and has published nearly 100 scholarly articles. He specializes in early British literature, teaching courses that include Chaucer, British Literature 1200-1700, Arthurian literature and film, Shakespeare, and The History and Structure of the English Language, but is also a recognized expert on Nancy Drew and juvenile detective literature. In fact, it is safe to say he is somewhat obsessed with them, a statement proven by the fact that he owns over 1000 Nancy Drew books alone.