Phi Beta Kappa, the nation's oldest and largest academic honor society, was founded on Dec. 5, 1776, by five students at the College of William and Mary in Williamsburg, Va.

In 1875, Phi Beta Kappa enlarged its membership to include women. The society now has more than 500,000 living members, elected over the years by chapters at colleges and universities throughout the country.

In September 1949, the 22nd Council of Phi Beta Kappa authorized the granting of charter to the members of Phi Beta Kappa officially connected with Wilson College for the establishment of a chapter of the society.

The purpose of Phi Beta Kappa is to recognize and encourage scholarship, friendship and cultural interests, and to support excellence and integrity in pursuit of the arts and sciences. Students may be inducted into the society in their junior or senior year. Members are chosen by a committee of the local chapter, Nu of Pennsylvania.

Students interested in membership in the Phi Beta Kappa honor society should discuss that with their  first-year/sophomore advisor to plan coursework accordingly. 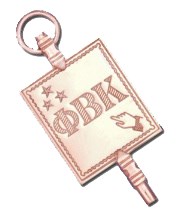