Common Hour - Dining with the Gods in Ancient Greece 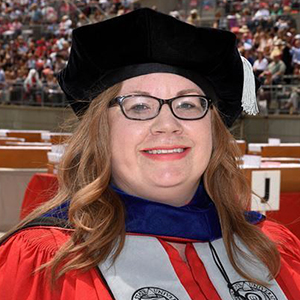 Dining with the Gods in Ancient Greece - Bonnie Rock-McCutcheon

In ancient Greece, as well as today, communal meals were a significant force in the creation and perpetuation of community.  One particular type of communal meal took place following the ritual of animal sacrifice, the central ritual of ancient Greek religion. In this meal “food mattered”, as the meal was not shared only by humans, but also by the gods. This talk will explore the way that food was used in religious festivals, animal sacrifice, and communal religious meals to bridge the gap between humans and gods in ancient Greece.

Bonnie Rock-McCutcheon completed her BA in History at the College of New Jersey (2002), and her MA and PhD in History at The Ohio State University (2018). Her research currently focuses on Archaic Greece, the Greek turannoi, religious sanctuaries, and religious dedications. She is currently working on an article tentatively titled “Xenoi of the Gods: Re-conceptualizing the Relationship Between Humans and Gods in Archaic Greece,” focusing on sociality with the gods. She recently gave the paper “Megaloprepeia and Religious Dedications: Polycrates and the Gift of Rheneia to Delian Apollo” at the Classical Association of the Atlantic States conference in Philadelphia, Pennsylvania and the paper “Reacting to the Past at the Small Liberal Arts College” at the Grand Valley State University History Conference in Grand Rapids, Michigan. She has taught at Wilson College since the summer of 2009, and teaches a wide range of courses in Classics, Latin, and History.