This year’s Common Hour, Living Boldly, is inspired by Wilson's sesquicentennial celebration marking 150 years of bold Wilson students. The fall series, which kicks off on September 2, will feature 11 talks and one dance performance. In the spirit of fostering critical thinking about pressing issues and big questions, all Common Hour events are free and open to the public.

Do you reject the idea that the culture war will always be with us?  Did you know that LGBT persons can be fired or denied housing or kicked out of a bar in Pennsylvania just for being gay or trans? Does that make you mad?  Have you questioned the notion that LGBT persons and persons of faith have interests that are somehow opposed?  Have you thought, "Surely, there are more constructive approaches to living together in a pluralistic society than pitting people against one another?" 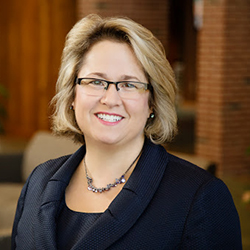 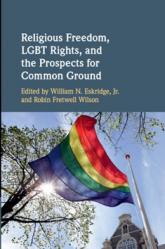 Robin Fretwell Wilson is the Roger and Stephany Joslin Professor of Law and Associate Dean of Public Engagement at the University of Illinois College of Law and Director and Founder of the Tolerance Means Dialogues, dialogues around the country aimed at harnessing the insights of Millennials about how to bridge difference in our society over issues that have divided us, like gay rights—with the goal being that every voice is heard. She is the author of eleven books, including Religious Freedom, LGBT Rights, and the Prospects for Common Ground (William N. Eskridge, Jr. & Robin Fretwell Wilson, eds.) Professor Wilson has worked extensively on state law reform. In 2007, she received the Citizen’s Legislative Award for her work on changing Virginia’s informed consent law. In 2015, she assisted the Utah Legislature to enact the Utah Compromise, balancing LGBT rights with religious liberty protections for traditional marriage.  She directs the Fairness for All Initiative at UoI, an Initiative funded in part by the Templeton Religion Trust, which hopes to provide other proofs-of-principle in state law that gay rights and religious liberty need not be in tension.A member of the American Law Institute, her work has been featured in the New York Times, the Washington Post, the Los Angeles Times, and the Wall Street Journal.