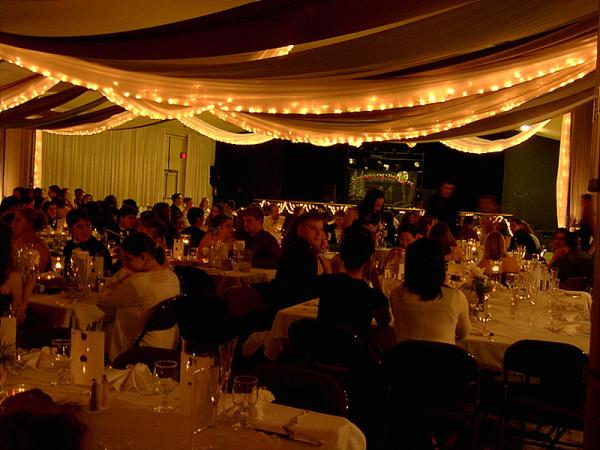 The custom of White Dinner began during World War 1. Prior to the war, students at Wilson would have an elaborate table party every year before Christmas vacation. During the war, the students decided to better use the money and began to host simpler dinners, sending the money saved to aid foreign students. Some of the money was sent to aid students at Ginling, a school in China that was a sister college to Wilson at the time.

White Dinner is held annually in the wintertime. Students who attend made pledges to support “home and foreign” military missions. The custom of donating to a charity has continued throughout the years. Originally, everyone came to the formal dinner and dance dressed in white and the menu included mainly white foods—hence the name. Nowadays, White Dinner still includes white foods, but only seniors wear white. Legend has it that if you are not a senior and you wear white to the dinner, you risk getting something spilled on you!