The crack of the bat and cheers of the crowd have returned to Chambersburg’s iconic Henninger Field, now home of the Wilson College baseball team. On Saturday, April 6, college, state and local officials and guests will dedicate the field and celebrate the team’s inaugural season, as well as officially open an 18-month commemoration of Wilson’s 150th anniversary. 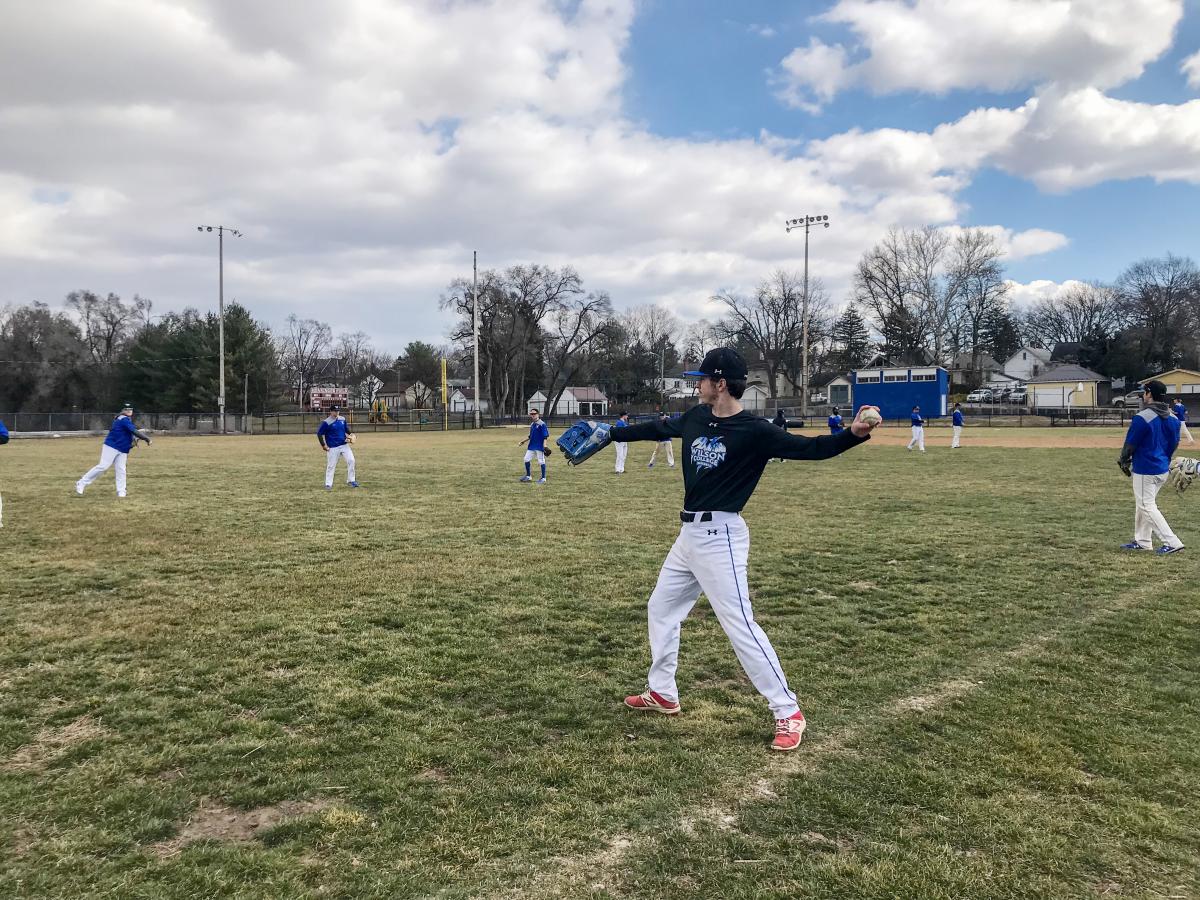 “The dedication of such a legendary local ball field as the home of Wilson’s first baseball team seemed like the perfect time to launch our Sesquicentennial festivities,” said Wilson President Barbara K. Mistick.

Wilson College was chartered by the Pennsylvania Legislature on March 24, 1869, followed by a formal opening on Oct. 12, 1870. The College plans a series of celebratory Sesquicentennial events throughout 2019 and into 2020, ending with Wilson’s alumni reunion weekend in June 2020. Plans include an outdoor art installation, alumni art show, special alumni reunion activities and a formal gala.

More details on Sesquicentennial activities will be forthcoming and a full, updated list can be found at www.wilson.edu/150.

The Sesquicentennial celebration will kick off with the hour-long April 6 dedication ceremony at 11 a.m. at Henninger Field, 241 W. Vine St., recognizing the storied field as the official home of the Wilson Phoenix. The ceremony will be followed by a doubleheader between Wilson and the Clarks Summit University Defenders.

State and local officials have been invited to participate in the dedication, including State Rep. Rob Kauffman (Pa. District 89), who will read a proclamation marking Wilson’s 150th anniversary. Local baseball luminaries or their families have also been invited to attend, including descendants of the late Clay “Pop” Henninger─the Chambersburg businessman and baseball promoter for whom the field is named–and the family of the late Nellie Fox, a Major League Baseball Hall of Famer from St. Thomas, as well as representatives of the Nellie Fox Foundation. In addition, Wilson alumni, students, parents and friends of the College are expected to attend.

Retired MLB player Tom Brookens will throw out the first pitch of the doubleheader. From 1979-88, Fayetteville’s Brookens was a standout third baseman for the Detroit Tigers, with whom he played when the team won the World Series in 1984. He also played for the New York Yankees and Cleveland Indians before coaching for the Tigers from 2009-13.

Before the game begins, vocalist Corey Evan Rotz will sing the National Anthem. Rotz, a Chambersburg native, has had a widely successful singing career, performing regularly with the Kennedy Center’s Washington National Opera. In addition to his singing career, Rotz is a voice instructor at the Cumberland Valley School of Music. 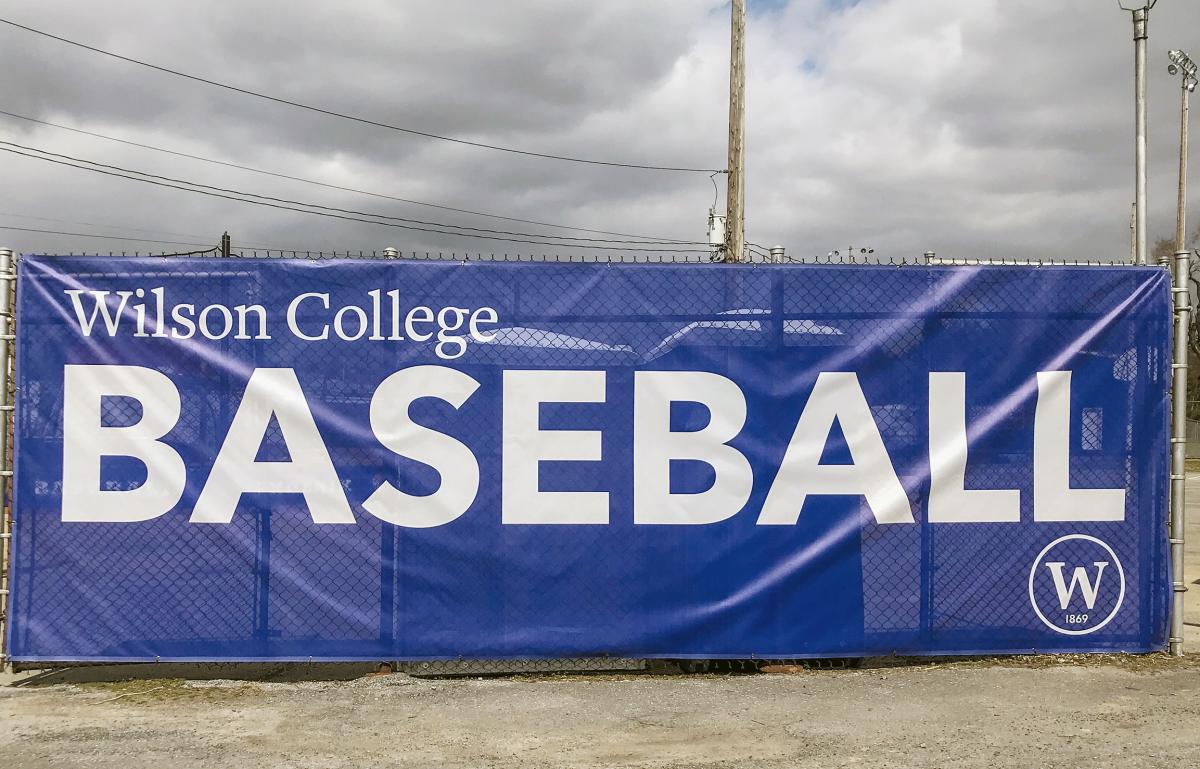 The day’s festivities will not only commemorate the reopening of the field, but also celebrate the College’s partnership with the community, according to Mistick. “It’s been a rewarding experience to partner with the Borough of Chambersburg to restore Henninger Field and bring baseball back to the park, where area residents can once again come to enjoy the games,” she said. “This project is just one example of how the College and borough government can work together to benefit the entire community.”

Wilson has a 10-year lease agreement with the borough for the exclusive use of Henninger Field. Under the agreement, the College made approximately $250,000 worth of improvements to bring the 124-year-old field into compliance with NCAA specifications for baseball. The borough also completed some updates to the field’s public restrooms, moved electric lines and removed trees, according to college officials.

“We’re very pleased the College found the resources to rehabilitate the facility, which was obviously in need of restoration,” said Chambersburg Borough Manager Jeffrey Stonehill. “Clearly, we’re looking forward to bringing some vitality to that facility, seeing the stands full of people and it again being a gathering spot for our community.”

Henninger Field is steeped in local baseball lore. From its opening in 1895 until 2010, organized baseball was played at the field, where other sports contests have been played as well, including Chambersburg Cardinals football games and Chambersburg Area Senior High School’s Trojan football, baseball and soccer teams. Over the years, the field reportedly was even the site of horse shows, circuses and fire department drill competitions.

The most famous baseball game played at Henninger Field took place the afternoon of May 31, 1929, when the New York Yankees played an exhibition game against the club’s farm team─Henninger’s home team, the Chambersburg Young Yanks. Baseball greats Babe Ruth and Lou Gehrig played for the Yankees that day and in the fifth inning, Ruth thrilled the crowd when he lofted a three-run homer over the center field fence.

The development of Henninger Field as a thriving center of baseball in Chambersburg is credited to Clay Henninger (1855-1930), a local player-turned-manager who coached the field’s Chambersburg Maroons home team for many years. Henninger─whose great-granddaughter, Ann Henninger Trax, is a 1968 Wilson graduate─became a local legend and in 1920, the ball park was named in his honor, according to newspaper accounts.

Before it was acquired by the borough, the ball field was part of the Wolf Lake Park complex in the area north of Commerce Street. The attractions that were part of the park─including the lake, boathouse, dance hall, dining room and bowling alley─have all disappeared. “(The ball field) is really the only remnant of the park that’s still there,” Stonehill said.

Information on parking for the April 6 ceremonies and home opener game can be found at https://www.wilson.edu/henninger-field-dedication-event-parking.