Wilson Expands Teacher Certification Program to Include an Online-Only Option

Pennsylvania’s teacher shortage crisis is amping up interest in teaching careers. In response to the growing demand for teacher certification programs, Wilson College 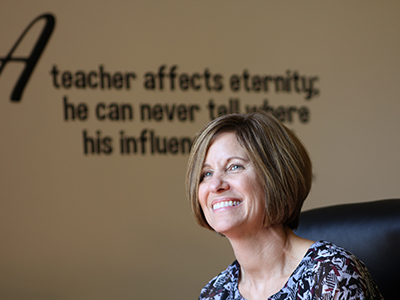 has expanded its former Teacher Intern Program (TIP), now offering an online-only certification program and a program for foreign language teachers, as well as the traditional program.

Now under the umbrella of the Teacher Certification Pathways (TCP) program, the certifications are aimed at those who already hold bachelor’s degrees in virtually any major but lack the requirements to become certified to teach in the Commonwealth. All three offerings are eliciting a lot of interest, according to TCP Director Beth Byers. “The (teacher) shortage is upon us,” said Byers. “Students are coming now because they’re seeing the articles, they’re seeing the statistics.”

A recent flurry of news reports about Pennsylvania Gov. Tom Wolf’s plan to pump $2 million into grants to develop education residency programs at eight universities cited statistics such as a 71 percent drop in the number of new teaching certificates issued in the state between 2009 and 2016-17, down from 14,247 to just 4,412. In addition, the number of students majoring in education at Pennsylvania colleges and universities has plummeted 55 percent since 1996, state officials said.

Interest in teaching careers began to wane in the Great Recession of 2007-09 – and continued for several years after the recession ended – when Pennsylvania and other states were forced to slash education money from their budgets and cut back on public school hiring and teacher pay. “It is really cyclical and it is really market-driven,” Byers said of enrollment in Wilson’s teacher certification program.

Despite a minor name change, Wilson’s Teacher Intern Pathway (TIP) remains the same as the former teacher intern certification program, which is geared to people who live within an 80-mile radius of Chambersburg, according to Byers. Courses are offered in the evenings. 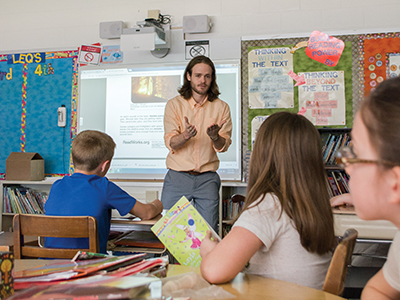 She said the Foreign Language Intern Pathway (FLIP), which was launched in 2017, is for those who are already teaching a foreign language and have passed required tests, but are not yet certified to teach in Pennsylvania.

And the Teacher Online Pathway (TOP) is designed for those who live outside an 80-mile radius of the college. For now, the online option is limited to all secondary (7-12) certifications, as well as the Spanish and business certifications. “We’re testing the waters,” said Byers.

She said Wilson’s online program has a number of big advantages that other higher education institutions don’t offer, including the lower cost and a compressed schedule in which courses are completed in eight weeks instead of 15. Other significant selling points include the ability for Wilson students to request the location of their student teaching assignment, as well as the ability to transfer credits for five of their courses to the college’s Master of Education program – putting them halfway toward their M.Ed.

How far away a student lives is not an issue, since the TOP classes are all offered online. However, teaching candidates must perform their student teaching in Pennsylvania, Byers said.

TOP, which was just rolled out this summer, has already enrolled about 20 students – a few of whom switched from the TIP program because they were commuting a great distance – but as word spreads, Byers expects it to keep growing. “We have inquiries from far away – places like Pottsville, West Chester and Philipsburg,” she said.