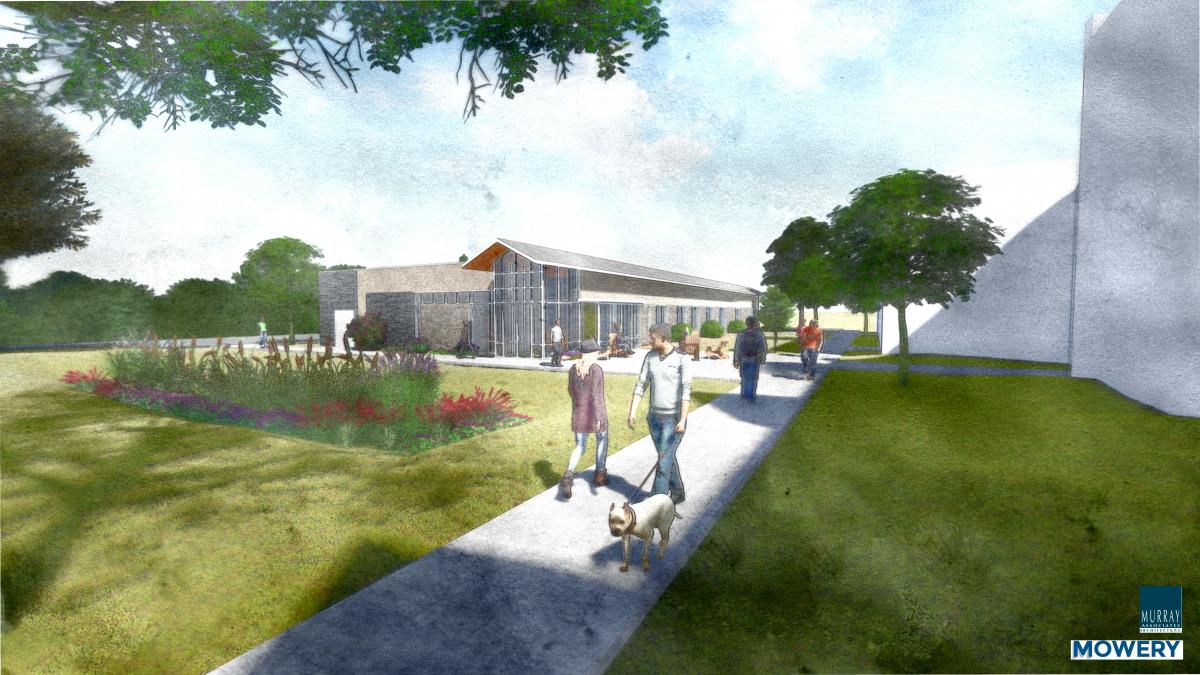 A $1 million gift for a new veterinary education center at Wilson College has been committed by Margaret Hamilton Duprey, a resident of Wellington, Fla., and member of the college’s Board of Trustees.

With other major gifts for the veterinary education center from two Wilson alumnae, including contributions totaling $975,000 from Susan Breakefield Fulton, Class of 1961, and a $100,000 bequest from the late Eleanor Martin Allen, Class of 1949, Duprey’s gift brings the total raised for the new veterinary facility to $2,075,000. The total estimated cost of the project is $2.8 million, officials said.

While the college continues to raise money for the new facility, which will replace the 20-year-old Helen M. Beach ’24 Veterinary Medical Center, Duprey’s gift will allow Wilson to break ground on the new vet ed center sometime in June, with completion expected in January 2019, according to Brian Ecker, the college’s vice president for finance and administration.

“We are deeply grateful to Margaret for her leadership as a trustee and her commitment to the institution,” said Wilson Vice President for Institutional Advancement Camilla Rawleigh.

The veterinary center—which houses surgery suites, skill labs, dog kennels, offices and other spaces—is a hub for students in Wilson’s four-year veterinary medical technology (VMT) program, one of the college’s most popular majors.

A lifelong horsewoman, Duprey contributed $500,000 to Wilson in 2015 to establish an innovative home healthcare nursing program for horses called Equi-Assist®. A focused concentration within the college’s VMT program, Equi-Assist® trains students to provide home healthcare to horses, under the guidance of a veterinarian.

Replacing the outdated Beach veterinary facility is important if Wilson College is to remain in the forefront of the veterinary medical technology field, Duprey said. “In order for Wilson to expand and excel in the vet tech program, the Equi-Assist® program was needed as the first step. This was a very important gift to advance one of the best teaching programs in the country,” she said. “The reason I decided to support the new veterinary education center is to make sure the vet tech program has the finest learning facility for students and for the treatment and care of all animals—small and large.”

Duprey joined the Wilson College Board of Trustees in fall 2017. She and her husband, Bob, own and operate Cherry Knoll Farm, which is the home of dressage, open jumpers and hunter competition horses, as well as prize-winning Black Angus cattle. The farm has locations in Pennsylvania and Florida.

Wilson officials recognized the need to significantly upgrade or replace the veterinary facility after the American Veterinary Medical Association’s reaccreditation process identified deficiencies in the modular facility—including an inadequate heating, ventilation and air conditioning system, according to Ecker.

He said the new veterinary education center will be 9,000 square feet compared to the 5,400-square-foot Beach facility, which will be razed after the new veterinary building is completed. The new center will be built on the west side of the Brooks Science Complex. Plans call for it to include two surgery rooms, a dental room, recovery room and isolation room, as well as kennels and an indoor run for dogs, a cat room, office, lounge, clinical practice area and laundry facilities, Ecker said.