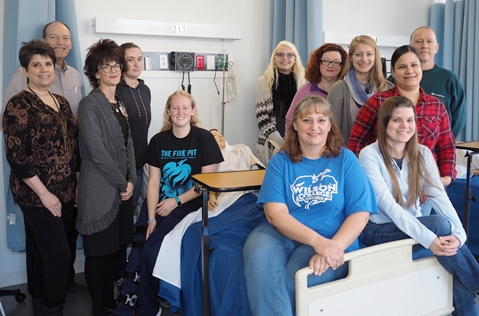 “Medical missions are often life-transforming,” said Wilson Director of Nursing Carolyn Hart. “We want those who participate to come away with an understanding of what it’s like not to have. There are a whole host of things that we take for granted—including clean water, healthy food and access to health care—that others do not have.”

The Wilson group will be centered in La Romana, a city of about 250,000 on the island’s eastern side. Students will work at the city’s hospital, La Buen Samaritano, and at a field clinic for Haitian migrants.

With Wilson’s recent emphasis on nursing and healthcare, organizers say they hope the medical mission trip will become a yearly event.

Organizers are planning a fundraiser for the trip and potential future missions. The “Hustle for Health” running event will be held on campus on April 28, 2018.