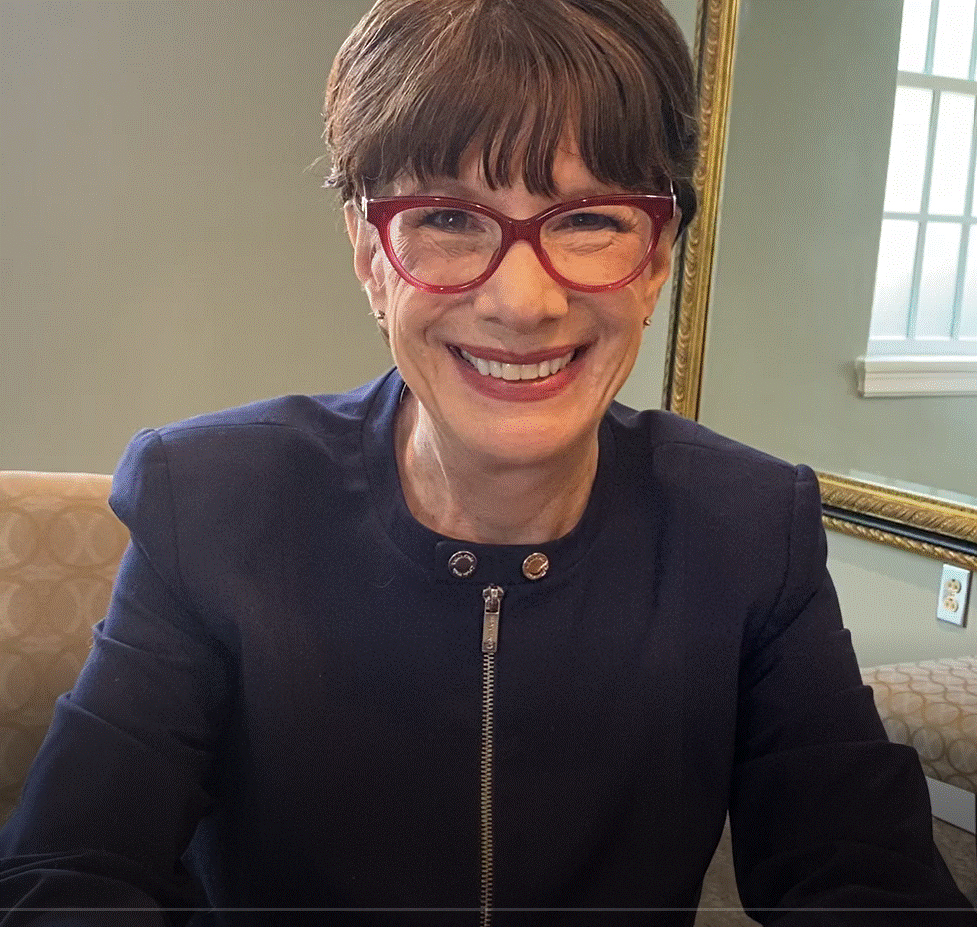 For out of town visitors, here is a listing of local restaurants for lunch.

Amy Jill Levine (“AJ”) is Rabbi Stanley M. Kessler Distinguished Professor of New Testament and Jewish Studies at Hartford International University of Religion and Peace and University Professor of New Testament and Jewish Studies Emerita, Mary Jane Werthan Professor of Jewish Studies Emerita, and Professor of New Testament Studies Emerita at Vanderbilt. Her publications include The Misunderstood Jew: The Church and the Scandal of the Jewish Jesus, Short Stories by Jesus: The Enigmatic Parables of a Controversial Rabbi; six children’s books (with Sandy Sasso); The Gospel of Luke (with Ben Witherington III, the first biblical commentary by a Jew and an Evangelical); The Jewish Annotated New Testament (co-edited with Marc Brettler), The Bible With and Without Jesus: How Jews and Christians Read the Same Stories Differently (with Marc Brettler), The Pharisees (co-edited with Joseph Sievers), and thirteen edited volumes of the Feminist Companions to the New Testament and Early Christian Literature. Along with Introduction to the Old Testament for the Teaching Company, her study guides include Sermon on the Mount: A Beginner’s Guide to the Kingdom of Heaven; Light of the World: A Beginner’s Guide to Advent, The Difficult Words of Jesus: A Beginner’s Guide to His Most Perplexing Teachings, and Witness at the Cross: A Beginner’s Guide to Holy Week. The first Jew to teach New Testament at Rome’s Pontifical Biblical Institute, AJ describes herself as an unorthodox member of an Orthodox synagogue and a Yankee Jewish feminist who seeks to correct anti-Jewish, sexist, and other harmful interpretations of the Bible.

History of the Orr Forum

Since its inception in 1964 the Orr Forum has been Wilson College’s most widely-known and perhaps most prestigious academic event. Prior to the establishment of the Orr Forum, the College sponsored annually what was called “Devotional Week” with a series of chapel services, sermons, and a communion service.

During the 1962-1963 academic year Associate Professor of Bible and Religion Harry Buck and Professor Graham Jamieson, Chairman of the Department of The Bible and Religion, discussed the use of a fund established by Thomas J. Orr in honor of his parents Mary and William. The aim was to establish an endowed lecture series that would bring to campus outstanding thinkers in various aspects of religion studies. President Paul Swain Havens enthusiastically endorsed the plan, approving its implementation in 1964. The following year Professor Raymond Anderson joined the Department and quickly became an invaluable part of the Orr Forum personnel.

Topics addressed by the Orr Forum have reflected the wide and shifting interests in religion studies in America. The series began with Edward Jurji, Professor of Islamic and Comparative Religion, Princeton Theological Seminary, speaking on convergence and prejudice. Succeeding years have been devoted to such topics as bioethics; race relations; the relationship of church and state; the nexus between religion and environmental issues; the AIDS crisis; and contemporary Islam. 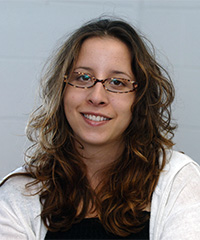 Nora Rubel from the University of Rochester served as our 2019 guest speaker for the prestigious Orr Forum. Rubel is the Jane and Alan Batkin Professor in Jewish Studies, associate professor and chair of the Department of Religion and Classics at the university. She teaches and writes on a wide variety of topics related to gender, race and ethnicity in American religion, particularly in relation to food and popular culture. She will present at two sessions open to the community as well as the college campus. The noon lecture is entitled Reading Cookbooks: An Exercise in Religious Material Culture and the 6 p.m. session is Recipes for the Melting Pot: Reading 'The Settlement Cook Book'. The Orr Forum, established in 1964, is an endowed lecture series focused on reflecting the wide and shifting interests in religion studies in America. 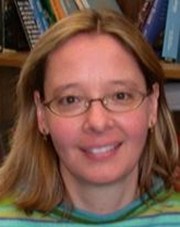 Female ordination in Buddhism is one of the most hotly contested issues in the Buddhist world today. Dr. Susanne Mrozik of Mount Holyoke College examines what is at stake—and for whom—in international and local campaigns to grant women access to full ordination as Buddhist nuns (bhikkhuni). She focuses particular attention on Sri Lanka, where she spent two years conducting ethnographic research on the 1998 revival of the Sri Lankan Theravada Buddhist nun’s order.

Susanne Mrozik is a gender specialist in Buddhist studies. She teaches courses on women in Buddhism, Buddhist ethics, Buddhist literature, Buddhism in America, and a comparative religion course on body images and practices in religious traditions. Most of her courses are cross-listed in Asian Studies and/or Gender Studies. She also is the Mount Holyoke faculty advisor for the Five College Buddhist Certificate Program.

Mrozik has contributed scholarly articles to a range of publications, including Religion Compass, the Journal of Buddhist Ethics, and the Journal of Religious Ethics. She is the recipient of numerous teaching and academic awards, including the Derek Bok Center Certificate of Distinction in Teaching from Harvard University; an American Institute of Sri Lankan Studies Fellowship for ethnographic research in Sri Lanka; a Fulbright grant for Sanskrit research in India; and a Charlotte W. Newcombe Dissertation Completion Fellowship. 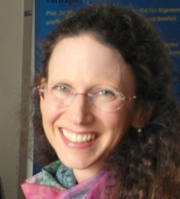 Ethical Formation in a Post-Secular Age (2012)

Autonomy After Virtue
I distinguish among four conceptions of autonomy and argue that the contemporary turn to tradition, given its self-conscious character, is best understood not as a repudiation of autonomy but as tradition-constituted autonomy.
Listen to Audio File

Scripture (Secular and Sacred) in the Task of Ethical Formation
In conversation with Martha Nussbaum, postliberal theologians, and Nicholas Boyle, I reflect on the role that secular literature (especially the novel) and sacred scripture play in ethical formation, and how these might fruitfully be understood in relation to one another.
Listen to Audio File

Forming a More Perfect Union: Democratic Virtues, Proximate Goods, and Christian FormationI ask whether and how the retrieval of virtue ethics and the turn to tradition-constituted autonomy might contribute to improving the quality of public life in American society today.
Listen to Audio File 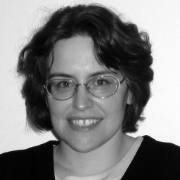 An Assistant Professor of Religion at Boston University, Kecia Ali received her Ph.D. in Religion from Duke University, with a specialization in Islamic Studies. She is the author of Sexual Ethics and Islam: Feminist Reflections on Qur’an, Hadith, and Jurisprudence (Oneworld Publications, 2006) and Marriage and Slavery in Early Islam (Harvard University Press, 2010). Her research centers on Islamic religious texts, especially jurisprudence, and women in both classical and contemporary Muslim discourses. Her biography of the jurist and legal theorist al-Shafi'i will appear in Oneworld's Makers of the Muslim World series in 2011. Her current book project, The Lives of Muhammad, investigates Muslim and non-Muslim biographies of the prophet. She serves as co-chair for the Study of Islam Section of the American Academy of Religion and is a member of its Committee on the Status of Women in the Profession. She previously held research and teaching fellowships at Brandeis University and Harvard Divinity School. 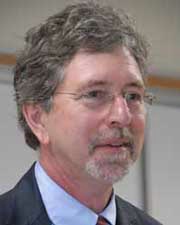 His scholarly interests include contemporary theology and ethics, as well as the history of theology and ethics, particularly in America. He is co-general editor of the multi-volume series, The Library of Theological Ethics.Recent books include Theology for Liberal Presbyterians and Other Endangered Species, Reforming Protestantism: Christian Commitment in Today's World, and Hopeful Realism: Recovering the Poetry of Theology. 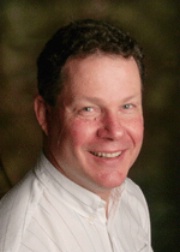 Dr. Paul Waldau has spent much of the last decade studying the different ways that cultures, religious traditions and legal systems impact our view of the animals outside our own species. Focusing on our inherited views of these beings, as well as our current treatment and future possibilities, Dr. Waldau has published books and articles, and also lectured widely in academic, corporate, and media-based venues. With extensive experience in the academic world, veterinary education, legal education and the world of nonprofit organizations, Dr. Waldau speaks to religious concerns, the importance of scientifically informed analyses, and the foundational role of ethical inquiry. He earned a Doctor of Philosophy degree from Oxford University in 1997. His other degrees include a Juris Doctor degree from U.C.L.A. in 1978, a 1974 Master of Arts degree in Modern Religious Thought from Stanford University, and a 1971 Bachelor of Arts degree in Religious Studies from the University of California. 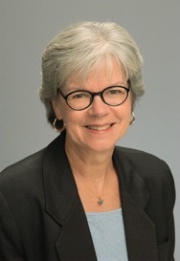 On Being Publicly Religious (2008)

Dr. Nancy Ammerman has spent much of the last decade studying American congregations. Her most recent book, Pillars of Faith: American Congregations and their Partners (University of California Press, 2005), describes the common patterns that shape the work of American's diverse communities of faith. Her 1997 book, Congregation and Community, tells the stories of twenty-three congregations that encountered various forms of neighborhood change in communities around the country. Along with a team of others, she edited and contributed to Studying Congregations: A New Handbook, published in 1998 by Abingdon. Prior to her work on congregations, she wrote extensively on conservative religious movements, including Bible Believers: Fundamentalists in the Modern World, a study of an independent Baptist church in New England, and Baptist Battles: Social Change and Religious Conflict in the Southern Baptist Convention, which received the 1992 Distinguished Book award from the Society for the Scientific Study of Religion. Nancy has also been active in attempting to educate a larger public audience about American religion. In 1993, she served on the panel of experts convened by the U.S. Departments of Justice and Treasury to make recommendations in light of the government's confrontation with the Branch Davidians at Waco. In 1995, she testified before the Senate Judiciary Committee on the same subject, and in 1997 she lectured in Israel under sponsorship of the U.S. State Department. Nancy earned the Ph.D. degree from Yale University.