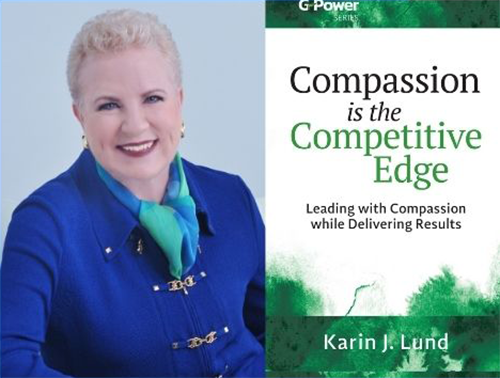 December 8 at 7 p.m.
Karin Lund ‘76
Book Title: Compassion is the Competitive Edge-Leading with Compassion while Delivering Results
Brief summary: CEO's and corporate executives are being forced to reach out to their employees for reasons and in ways they never imagined. Very few were prepared to do this which could come at a cost down the road. Meanwhile, entire workforces are being crushed on a daily basis emotionally, financially, and economically. How do we combine corporate self-interest with caring for others in a compassionate, culture empowered workplace? This book helps companies begin these conversations and provides ways to introduce compassion into the workplace culture while maintaining productivity and profitability. 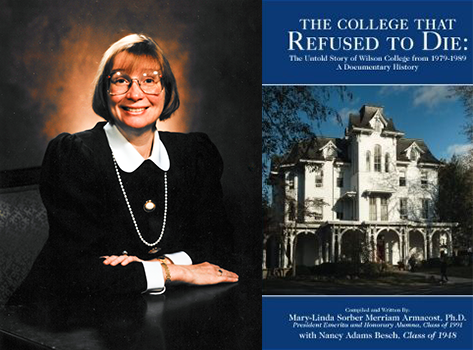 December 17 at Noon
President Emerita Mary-Linda Sorber Merriam Armacost, Honorary ’91 and Nancy Adams Besch ’48
Book Title: The College that Refused to Die: The Untold Story of Wilson College from 1979-1989  A Documentary History
Book Summary: On February 19, 1979, the Wilson College Board of Trustees announced its decision to close the college at the end of that academic year, taking the college community, students, and alumnae by surprise. The alumnae mobilized immediately to challenge that action on multiple fronts, culminating in a court decision on May 25, 1979, directing that the college was to remain open. In this book, president emerita Mary-Linda Sorber Merriam Armacost, Ph.D., an honorary member of the class of 1991, has compiled the story of these events, with contributions from Nancy Adams Besch, class of 1948. Drawing on news reports, records and journals created as the events unfolded, they trace the events that preceded the Board's decision, the actions of dedicated alumnae of the Save Wilson Committee to counter that decision, the legal action, and the ultimate victory of the alumnae to save their college. The book covers a ten-period beginning with the surprise announcement of the closing of the College in February 1979 and ending in October 1989 when more than 1000 alumnae, friends, faculty, staff and students gathered to celebrate officially the saving of Wilson. An Epilogue chronicles the major successes of the three presidents who succeeded Dr. Armacost. Thanks to the efforts described in this book that enabled Wilson College to remain open in 1979, the college was able to celebrate its sesquicentennial in 2019. 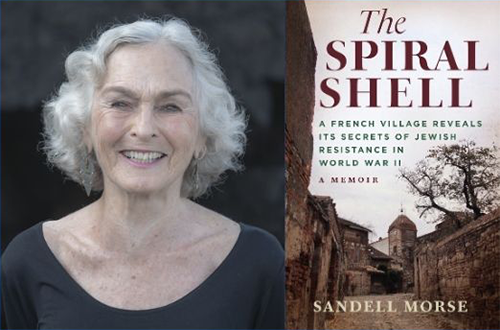 January 26 at 4 p.m.
Sandell Hirsch Morse ’60
Book Title: The Spiral Shell, A French Village Reveals Its Secrets of Jewish Resistance in World War II
Brief Summary: The book is a double journey, one inward as Morse comes to terms with her own Jewish identity, and one outward as she uncovers long silenced stories of collaboration and resistance in a French village during WWII. 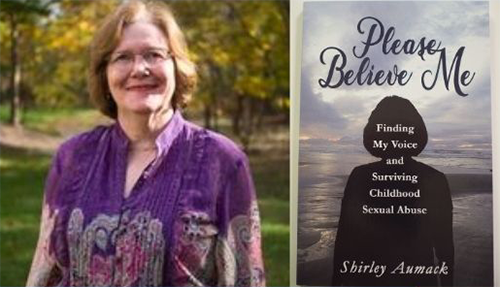 March 8 at 7 p.m.
Shirley Marlatt Aumack ’71
Book Title: Please Believe Me: Finding My Voice and Surviving Childhood Sexual Abuse
Brief Summary: The story of my life including being sexually abused by my father as a child. In spite of this I have had a wonderful life and Wilson College was a very big part of my success in life. I wrote it to help other survivors and to help the wider world understand what it is like to suffer from sexual abuse.

March 24 at 4 PM
Patricia Vail '63
Book Title: Letters From Between The Humps: Adventures and Misadventures in Kazakhstan
Brief Summary: This book is a story of my adventures-compiled from the boxes of journals, letters, and emails that I generated while working as a volunteer for the CEELI (Central and Eastern European Law Initiative) program in Kazakhstan from August 1996 through March 1997.

Wilson College proudly carries the designation of having Certified Tourism Ambassador (CTA) program graduates among our staff and alumni. When you click on the CTA icon on our webpage, it links you to Explore Franklin County https://www.explorefranklincountypa.com/home/, our local visitor’s center website.